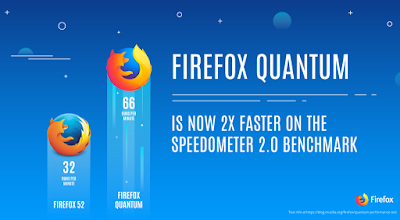 But the problem is that after years working in Chrome Google is difficult to move on to Firefox. But let's make this work very easy, even in just two minutes. First install Firefox's latest browser and install it. After installation you can also bring full-sized settings for Google Chrome, bookmarks, even history and passwords to Firefox. It's just to do that:

First press Ctrl + Shift + B in Mozilla Firefox
Click the Import and Backup button above the opening window.
At the bottom, Import Data from Another Browser has been written, go here and select Chrome.
If you are moving from another browser instead of Chrome, select its name and press the next button. Just done!

SHAREit is Android, iOS, PC & Mac's fastest cross-platform app. SHAREit allows you to transfer from one device to another video, music, files and apps.
Download SHAREit
More than 500 million users downloaded SHAREit and changed the way we transfer files. SHAREit app, which was initially launched in 2013, has become immensely popular across all platforms.
Read more
Labels: New Uploded